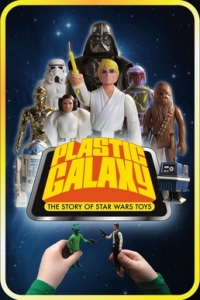 Plastic Galaxy is a documentary about the people who have a bit of an obsession with collecting Star Wars toys. It mainly focuses on the original line of toys from the original trilogy of movies and it also goes into their history and development.

I was initially excited to check this out back when it was a new film. However, it’s kind of light, if I’m being honest and suffers from some clunky editing, too much reliance on talking head interviews and, at times, being a bit overly dramatic.

That being said, I think that the Star Wars episode of Netflix’s The Toys That Made Us is a much better watch and a more professional production.

Still, this was neat to revisit and it’s engaging enough. But the 70 minute running time seems scant and I feel like this really needed to delve into the history more and provide more backstory.

All in all, this is okay but it could’ve been a lot better than what it was.