This was a pretty interesting documentary that focuses on a part of the wrestling business that I don’t think has been covered as the sole subject of a documentary before: the travel schedule.

The film lets a few dozen wrestlers discuss their travel schedules over the course of their careers and how it effected them physically, mentally and their lives inside and outside of the ring.

Each wrestler has their own story and almost everything here is pretty cool for fans of the business.

This is presented as talking head interviews edited into a quick paced narrative, keeping things flowing nicely and allowing each of the wrestlers’ stories to build off of one another’s.

I don’t think that a lot of people that aren’t fans of the wrestling industry, know or understand how hard a professional wrestler’s schedule and travel can be. This does a good job of explaining it through personal stories.

This isn’t the greatest wrestling documentary out there, but it was still professionally shot, edited and presented and that sets it apart from some of the sloppy ones you may have seen.

From Chris Van Vliet’s YouTube description: Ring of Honor World Champion PCO (Pierre Carl Ouellet) talks with Chris Van Vliet in Cincinnati, OH. He talks about winning the ROH World Championship at age 51, his match with Walter at Joey Janela’s Spring Break, working in the WWF as part of The Quebecers, how he lost his right eye, his issues with Kevin Nash and The Kliq, wrestling for every major promotion, his goal to be on Ed Mylett and Tom Bilyeu’s podcast and much more!

Being that I am a pretty outspoken guy on manly issues and manly facial hair, I am often times asked about my thoughts on competitive bearding. Well, I can’t really sum up my opinion and thoughts about it in a quick and easy answer, so I figured that I would write about it.

To start, I’m all for men showing off their awesome facial locks. Look at Germany’s Willi Chevalier, who is a multiple competitive bearding champion. He grows some awesome foliage, maintains it nicely and transforms it into a manly work of art on a consistent basis. There is no question that a lot of time and effort and most importantly, artistic talent goes into his creations.

But then you get lazy fucks like America’s Jack Passion, who has also won a ton of bearding competitions for his long flowing face mane. Why do I call him a “lazy fuck”? Well because he just grew a really long beard. Yes, it is well-kempt and the amount of time it took to grow was probably years but at the end of the day, it is just a long beard and it isn’t that intimidating or manly or even remotely badass.

What I see is a guy who hibernated in a basement for a few years, woke up with some long locks attached to his face, figured he might as well run some Pantene Pro-V Sheer Volume through it and then decided that it was good enough to go and try to make money off of it because he obviously didn’t have a real job. There is nothing artistic or inspiring about Jack Passion’s long beard and even considering him to be in the same ballpark as Chevalier is a slap in the face of true beard and mustache artisans.

The reason why I am pointing to Jack Passion, is because he was the primary focal point of the IFC show Whisker Wars. He was also the guy that many competitive bearders in America wanted to usurp. From what I gathered from other people on the show, Jack Passion is a big douchebag. In fact, he always came off as one when he was on screen. But I don’t care so much for his mastery of the art of douchebaggery, I care more about the fact that his prized beard doesn’t impress me.

I must point out that there are different categories in bearding and mustache competitions and the category where Jack Passion thrives, is not in the same category that an artist like Willi Chevalier thrives. And frankly, it is the categories that feature the artistry of bearding that really set my tits on fire. I find someone like Chevalier to be more inspiring and way more badass and manly. There is a powerful old world charm and an authentic sense of craftsmanship in the categories where Chevalier flourishes.

In categories like Full Natural Beard, I just see guys who don’t like to shave. I don’t like to shave. In fact, if I wanted, I could probably enter these competitions and kill it at a local level. If I wanted to get my beard as long as Jack Passion’s, I could probably kick his ass in a global competition. Hell, half of the NHL and the MLB could kick his ass if they wanted to. Male model Ricki Hall would destroy Passion too. In fact, Hall should. But you see, I don’t have as much respect for something that I feel I could do myself quite easily. I respect hard work because it is work and it is hard.

Would I attempt to do what Chevalier does? Hell no! Why? Because I am lazy as fuck too and that would take some serious time, commitment and more passion for the art of bearding than I have time and energy for. And that is why I appreciate Chevalier and his fancy face over Passion and his wool chin sweater. Chevalier does with his facial hair, what most men can only dream of.

Now, where many consider this a sport, I do not. Yes, it is competitive but so is almost everything else in life. Poker is also not a sport. I feel like sports require a person to sweat. Walking around on a stage letting your beard flow in the wind is not a sweaty activity. Unless of course you are at the beach or under hot lights but even then, runway modelling isn’t a sport either.

What competitive bearding is, is art. Or that is what it should be viewed as. Unless of course, you just grew a long beard and the most effort you put into your appearance is renting a top hat.

So essentially, there are things I love and respect about competitive bearding but there are also parts of it that I think are a big waste of time and distract from the artistic side of it.

Yes, I appreciate a good long beard. But no matter how long, full and nice it looks, it will never grab my attention like an original Chevalier masterpiece. 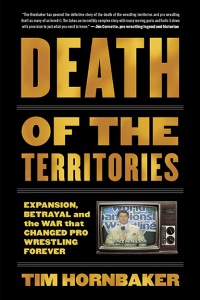 There have been countless books that have talked about wrestling territories and their collapse due to the emerging monster that was Vince McMahon’s World Wrestling Federation. However, none of the books I’ve ever read were as good and comprehensive as this one.

I think the main reason this is the best book I’ve read on the subject is because it’s not told from one perspective or about one promotion and its own woes against the WWF juggernaut. This book just lays out the facts, tells its tales and covers every territory under the sun.

This looks into every territory, from all angles and gives a ton of info and history while moving through the late ’70s and the entire ’80s. It’s comprehensive as hell and doesn’t seem to have any bias one way or the other. It helps set this apart from the wrestling book pack, as many are written with an axe to grind or with just one version of a story.

The subject matter here is fascinating, whether one is a wrestling fan or they just like to read about businesses and industries during times of major change.

Death of the Territories was superb, well researched, well presented and honestly, it makes me wish someone would make a documentary on all of this and do it the same justice.

Rating: 8.5/10
Pairs well with: other books on wrestling history. In fact, there are a lot of really good ones that have come out in recent years.

I kind of dug the first two volumes of Stumptown and I’ve also been enjoying the television series, which debuted last fall. However, this third volume in the comics series felt like a real step down.

First off, I don’t like the art. The artist changed and the previous volumes felt more refined and less cartoonish. They still had a good, indie feel to them but this feels more like a typical Oni Press book where the other ones looked more polished and like crime comics put out by a bigger indie publisher like Image.

Also, I thought the story was weak as hell, pretty predictable and felt more like an advertisement for the Portland Timbers soccer team, as well as Portland soccer culture, than it did a gritty, edgy crime story. It felt less neo-noir and more ABC Afterschool Special.

This volume was a bore to get through, didn’t live up to the expectations I had based off of the two stories before this one and it just felt like everything was dialed in.

The story lacked layers, proper plot twists and was completely bogged down by slice of life shenanigans and repetitive conversations between paper thin characters.

Rating: 5/10
Pairs well with: the other Stumptown volumes, as well as Gotham Central, Kill Or Be Killed, The Fade Out and Sin City. 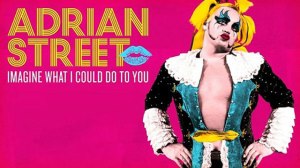 Adrian Street was a wrestler that was around during my most impressionable time and in an era where I grew to love that industry. However, I didn’t learn about the guy until later on, as he wasn’t featured on the few shows I had access to.

Still, the guy is a fucking legend and he may not have been the first wrestler to be kind of a dandy but he was the first to really push the bar sexually and thus, opened the doors for the others who weren’t afraid to add a certain level of flamboyant mystery and potential gayness to their character.

This short documentary was really fun to watch albeit way, way too short. I would’ve liked to have seen a whole retrospective on his career, as opposed to this Cliff Notes version that mostly just focused on the gimmick instead of the actual career and achievements the man had.

While he might not have been a WWE star, he made a massive impact that influenced a generation of wrestlers that would go on to influence another generation.

Without Adrian Street, there is no Goldust, no Adrian Adonis, no Billy & Chuck, no Kwee-Wee, etc. Street changed the wrestling landscape forever and made some things a lot less taboo, culturally, in an industry that was ruled by old men pushing tradition and alpha manliness.

I don’t feel like this documentary really makes that point as well as it could, had it been longer than twenty minutes.

Still, this is a good short documentary to check out because, if anything, it will just make you want to know more about the character and the man behind it.

From Chris Van Vliet’s YouTube description: The NWA World’s Heavyweight Champion Nick Aldis sits down with Chris Van Vliet at the NWA Powerrr tapings in Atlanta, GA. He talks about why NWA is the perfect fit for him, meeting his wife Mickie James in TNA, raising their son Donovan, why he never signed with WWE, leaving TNA, wrestling Cody Rhodes at All In and much more!