“Three out of four people got an STD; I got two people’s blood on me! You do the math! I got AIDS! I know I got AIDS!” – John

McG has never made a film that I have liked. Still, a lot of time has passed since I watched a McG movie and I like comedy horror films, so I gave this a fair shot. However, just as McG is a stupid douchebaggy name, The Babysitter is kind of a stupid douchebaggy movie.

The problem however isn’t the actors or even the script, it is solely the director and his creative decisions. With McG pictures in the past, it was the same thing. All the things he ultimately controls, are shit.

The quick music video style editing is annoying and sloppy. While he started as a music video director, there is a big difference in trying to convey a story over four minutes than there is when it’s a feature length film. McG seems to embrace the style that got him his earliest work, even though it isn’t beneficial to the medium he works in now. Nobody wants a ninety minute music video with fast cuts, overly stylized camera movement and funky graphics sprouting up on the screen. Well, some people do I guess, like those who gave this a “thumbs up” on Netflix.

I can’t fault the cast, though. In fact, most of the actors were really good.

I especially liked Samara Weaving, who has impressed me between her performance here and her small but sweet role in Three Billboards Outside Ebbing, Missouri. She was likable and hot and even when you realized that she was a psycho Satan worshiping serial killer, it only makes her presence in this film, that much cooler. And really, I mostly liked the story. It was the execution of it that was the problem.

Robbie Amell and Bella Thorne are also pretty good but their screen time was limited to just a few good scenes, as Weaving and the young Judah Lewis were really at the forefront.

Also, despite Weaving giving a good performance, her “too cool” character was presented a bit over the top and it just didn’t feel believable. Something felt off about her being the hot and cool babysitter that was really into nerdy shit with her BFF, a twelve year-old boy. I attribute this to a combination of the direction, the editing, the dialogue and the overall writing.

All the comedy elements tried really hard to generate laughs but the vast majority of it missed the point, came off as forced, seemed overly hokey and was really just derivative schlock. The character of John had some funny lines but I’ve heard just about the same shit from a dozen other characters that did it better.

At least this wasn’t a boring movie and it was over pretty quickly.

So the question is, does The Babysitter need to be run through the Cinespiria Shitometer? Why, yes it does! And the results read, “Type 5 Stool: Soft blobs with clear cut edges (passed easily).” Seems about right, as it was shitty but it did pass pretty easily.

“What’s the law on what ya can and can’t say on a billboard? I assume it’s ya can’t say nothing defamatory, and ya can’t say, ‘Fuck’ ‘Piss’ or ‘Cunt’. That right?” – Mildred Hayes

I’ve been hitting the theater, trying to catch up on some of the indie films I’ve been missing. Luckily, I have a lot of days off to use between now and the end of the year, so playing catch up should be fairly easy now that Cinespiria has gotten through Darktober and Noirvember and there isn’t a theme for the month of December.

Three Billboards Outside Ebbing, Missouri was a really nice surprise. While I did expect to enjoy it, it wasn’t as straightforward and cookie cutter as I anticipated. But I probably should have known better with Martin McDonagh in the director’s chair, as In Bruges and Seven Psycopaths weren’t films that one could label predictable.

This picture has a magnificently solid cast but so did Seven Psychopaths and McDonagh has shown that he’s fully capable of managing an ensemble. Although, while this is an ensemble piece and everyone is well beyond satisfactory, Frances McDormand’s Mildred Hayes is center stage in just about every scene and she really put the weight of this picture on her back and succeeded, giving us another masterful performance. She is a tough cookie and she never relents in her quest to find justice for her raped and murdered daughter.

Woody Harrelson and Sam Rockwell both do fine in this film, as well. Both men play cops and, at first, based off of how the story starts, you aren’t really a fan of either man. Harrelson’s Sheriff Willoughby wins you over fairly quickly, as you sympathize with his illness and the toughness of his job and a system that can’t always catch the bad guy. Rockwell’s Dixon is incredibly unlikable for two-thirds of the film but there is a real turning point where the angry boy with a badge becomes a man. Both cop characters, like all the characters can’t not be affected by the events of the story. People change and this is a film about character evolution and redemption, just as much as it is about justice or lack thereof.

This is the second film where I’ve seen Caleb Landry Jones play a nice and decent character, a departure from the psychos he played in Get Out and the revival of Twin Peaks. This guy has come along way since I first noticed him in X-Men: First Class and he’s really carving out a nice career for himself with a good amount of diversity in his roles. I hope to see a lot more from him in the future.

We also get to see character actors John Hawkes and Sandy Martin and both shine in their small but influential roles. Clarke Peters shows up and I always get excited when I see him, as he was one of my favorites in the underappreciated HBO show Treme. Another HBO alum, Peter Dinklage of Game of Thrones, plays a nice and sweet character in this. Brendan Sexton III, probably most remembered as the young shoplifting shithead in Empire Records and as a bully in Welcome to the Dollhouse, plays a character not too dissimilar from his earliest roles.

Three Billboards is a film that carries a lot of emotional weight and unfortunately exists in our sad reality where sometimes the worst people get away with deplorable acts. The film ends with two of the characters having to make a grave choice but we do not get to see what they decide to do. Like these characters, you want justice for Mildred’s daughter but you also have to ask yourself where the line is drawn while understanding that nothing will bring her back.
Rating: 8.25/10 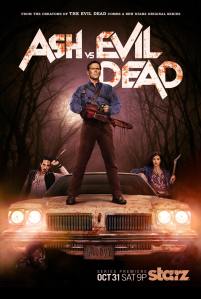 The Evil Dead film series is one of the greatest things to come out of the awesome 80s. It gave us a great universe full of deadites, demons, rapist trees and Dark Age shenanigans. For years, fans wanted a fourth film. What we eventually got, is much better.

I was skeptical about Ash vs Evil Dead but I was still really optimistic. I’ve never really disliked Bruce Campbell in anything and Sam Raimi, the series’ creator and director, was returning for the pilot and was heavily involved in the show. Point blank: this show is fucking incredible!

As much as I like the film series, the television program takes a very disjointed tale and makes it a lot more coherent. Ash vs Evil Dead seems to take most of its story from the second film, which is regarded by most to be the best. It also acknowledges things from the first movie but it is more closely attached to Evil Dead 2.

The show follows a good plot thread that works better in this episodic format. By the time you get to the last three episodes of season one, those actually feel like a fourth movie. The quality is there, the dread is there and the evil cabin in the woods just feels right.

The cast is great. Pablo makes a perfect Robin to Ash’s Batman. I guess that makes Kelly, Batgirl. The addition of Lucy Lawless as Ruby makes the cast a perfect storm of contrasting personalities. The cast makes this show work and the new characters make Ash better and more dynamic. Plus, with the talent that all these actors bring to the table, the show isn’t completely on Campbell’s shoulders.

The score to the series is also well done. Joseph LoDuca, who scored the original films, brings back his familiar sounds but with decades of experience that he didn’t have in 1981.

If you love The Evil Dead, Evil Dead 2 and Army of Darkness, there is no reason why you shouldn’t love Ash vs Evil Dead. It is a better sequel than a film could have been. Plus, it just feels more meaningful and it could go on for awhile. It will be interesting to see where this show can go, as season two already widened the mythos quite a bit. 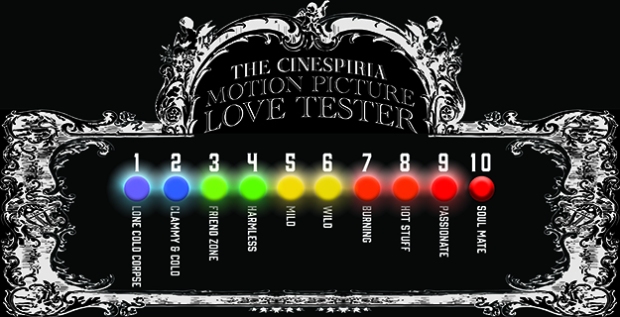