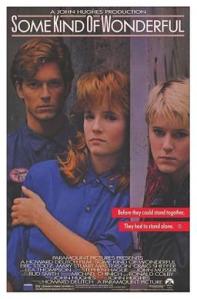 About a week ago I reviewed Pretty In Pink, which was written by John Hughes and directed by Howard Deutch. I commented on how Hughes didn’t like the ending and wanted to correct it, so he wrote this film, which was actually released just a year later.

While researching this, I discovered that Deutch wasn’t actually the first choice for director and that Hughes pulled him in after two other potential directors left the project.

That being said, knowing what’s behind the genesis of this film makes comparing it to Pretty In Pink kind of hard. However, they’re still very different, especially tonally, as this is more of a drama and doesn’t have the more lighthearted comedy side that Hughes’ other teen pictures do.

I think with the more serious tone, though, this film just loses some of the patented Hughes magic and comes across as a bit dry. This may be why it’s not as highly regarded as the other teen movies Hughes was creatively a part of in the ’80s.

If I’m being honest, I feel like Hughes may have been a bit out of steam by this point. At least in regards to these kind of flicks, as he would still create great cinematic magic with Planes, Trains and Automobiles and the first two Home Alone films.

This is okay but it’s hard to care about these characters as they seem to lack personality and depth. Mary Stuart Masterson’s Watts is the most developed character of the bunch but you still never really come to understand her as deeply as you should and her pining starts to become annoying by the end of the film.

While this may have been the ending that Hughes wanted for Pretty In Pink, it’s just not as good of a film leading up to that big romantic climax.

I did really like Elias Koteas in this, though. I wish there was more of him, as he robbed every scene he was in and apparently, ad-libbed a lot of his lines.

Anyway, this is a fairly mundane teen drama. It’s nothing you haven’t seen before and it doesn’t have much to really justify its own existence when compared to better, similar movies.