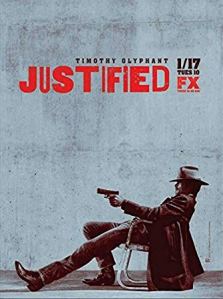 Justified was one of those shows that everyone told me to watch. I really loved Deadwood and was pissed that it ended when it did, only after three seasons and on a cliffhanger. Timothy Olyphant was fantastic in that show. When Justified came around, it seemed like the modern spiritual successor to the near perfect Deadwood. And many people went on to confirm that to me, before I even saw it.

Then I saw it.

I don’t know what it is about majority opinion and my own opinion but when it comes to television shows, they don’t seem to match up. The thing is, I hate this show. “Awful” isn’t a strong enough word to describe it.

Maybe there is just something about FX that is horrible because every single FX show I have ever watched, except for Always Sunny, has completely underwhelmed me and left me befuddled as to how so many people are in love with FX’s product. The network is perceived by many to be on par with the greats like HBO, Showtime and AMC. Justified is just one of a string of many shows that feels just as safe and generic as the episodic crime drama bullshit found on the big networks: CBS, ABC, NBC and Fox.

I also don’t know who the music director is at FX but Justified easily has the worst theme song in television history. It is eye rolling, stomach churning and just a horrendous attempt at trying to force together hip-hop and bluegrass. But FX shows have a history of having really shitty theme songs, except for Always Sunny. The Justified theme, actually makes the terrible Sons of Anarchy theme, sound like a masterpiece.

The worst part, is that I like Olyphant and even more than him, I love Walton Goggins. This show has great talent on the screen but the final product is still crap. Sure, the acting is better than average but the plot, the characters and everything else is so drab and cookie cutter.

I only made it about halfway through the third season before giving up. I rarely give up on a show. But nothing really grabbed me by that point and the consensus from the fans of the show is that the first three seasons are the best and then it falls off after that. Well, it was never really on for me to begin with so I certainly don’t want to invest another twenty-plus hours in it “falling off”.

I wish there were more westerns and even neo-westerns on TV. I just wish more were like Deadwood, Hell On Wheels and Longmire (once it went to Netflix) and less like this basic bag of bullshit.

And ultimately, it’s just made me go back and start re-watching the far superior Deadwood once again. 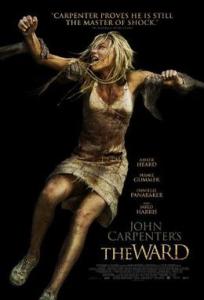 The Ward was John Carpenter’s first film in nearly a decade when it came out in 2010. I think the decade off did good for Carpenter after the poor efforts of Ghosts of Mars, Vampires, Escape From L.A. and Village of the Damned had me thinking that his days as a good director were over. Sure, all those films had some good takeaways but ultimately, they were nowhere near the level of his great films like The Thing, Prince of Darkness, In the Mouth of Madness, the original Halloween, They Live, Big Trouble In Little China, Escape From New York and Starman.

This film was a return to form for Carpenter. It was a straight up ghost story and it captured that real dread that his last several films were missing. He built a good narrative, kept things mysterious and told a solid story. Granted, the end result wasn’t something all that original but the concept of this film worked and I liked it. I can’t go more into the concept without spoiling the plot, so I’ll leave it at that.

This film stars Amber Heard, who I have never had a problem looking at. In fact, I’ve been enamored with her since The Rum Diary and apparently Johnny Depp is too as they are now engaged. The film also stars Jared Harris, who played the awesome Lane Pryce on Mad Men.

The acting was better than decent in comparison to the overabundance of horrible horror films that have come out over the last decade. And truthfully, maybe it is the slew of horrible horror films that have made me appreciate this film and the return of John Carpenter. Regardless of the reason, The Ward is better than the cookie cutter crap that Hollywood has been pushing out.

It is far from a perfect film and it isn’t a classic or even in Carpenter’s upper echelon of work but it is still better than what has become the norm.

Rating: 7/10
Pairs well with: Carpenter’s other work, even if his classic stuff has a different feel. 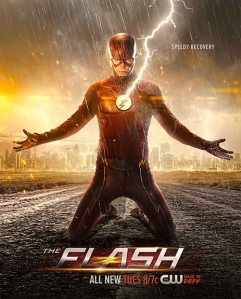 In sixth grade, my favorite television show was The Flash. It was cancelled after one year but it was still the best comic book series put to television at the time. Well, 24 years later, the Flash returned to television again in another self-titled series.

The modern version of The Flash is a spin-off of CW’s Arrow. It goes on to further expand the DC Comics television universe and mythos and has thus, spun-off its own show debuting in the fall called Legends of Tomorrow.

Having now completed the first season of The Flash, I figured it was time to review it.

In short, this is the greatest comic book television show of all-time. Yes, Daredevil, which just debuted a month ago on Netflix is amazing. This however, this is lightning in a bottle – pun intended.

Something about The Flash is just magical. I can admit, maybe I am affected by nostalgia for my love of the original Flash series from years ago. And maybe that is magnified by the fact that the new Flash show features the stars of the original show. The thing is, everyone else I have talked to that has watched this show, regardless of their knowledge of the series from 1990, is pretty much in agreement that this is simply great.

Sure, the acting isn’t always fantastic, there is that typical CW romance thing going on and often times, the villains can be cheesy. But this is a television show based on comic books and if it took itself too seriously, it would be a train wreck like Gotham. (updated 2017 note: Luckily Gotham fixed that.)

The thing this show has going for it is heart. You can’t not care about these characters, their motivations and their world. When I watch Gotham, I really don’t care about anyone on that show. The Flash is the most human and heartfelt superhero show currently on television, if not of all-time.

The story arc of the first season was well orchestrated and ended perfectly. Everything throughout the year was well paced and while it fell victim to the “monster of the week” formula at times, it built a much larger universe and everything had a point to it. There wasn’t a lot of filler unlike a lot of episodes of Arrow this past season.

Where The Flash goes from here is anyone’s guess. I hope the momentum maintains going forward and that the show doesn’t go off the rails, as its predecessor Arrow has recently. I also hope that the quality isn’t effected by the new spin-off series. We shall see but the future looks bright.

Having now gotten through three seasons, the show unfortunately becomes redundant and derivative of its previous seasons. It sucks that it sort of nosedives, even if you still care about the people on the show. Season four I hope gets back to form. And we really don’t need another speedster as the season’s major villain. 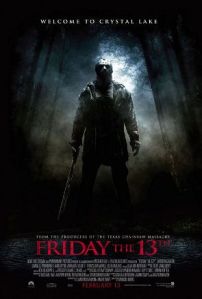 Jason Voorhees is one of my favorite slashers of all-time. Sure, I give the edge to Freddy Krueger but Jason is right up there with him, as well as Michael Myers. They are the big three.

So when I learned that Friday the 13th was getting the remake (or reboot) treatment by the director who poorly rebooted The Texas Chainsaw Massacre a few years earlier, I wasn’t all that excited. Frankly, I wasn’t off base, after seeing this picture.

This remake fails to capture the essence of what Friday the 13th was. Sure, it has murder, tits, a hulking slasher in a hockey mask with severe mommy issues and takes place near a lake called Crystal Lake but that is where the similarities end. This film is proof that you can steal a framework without recreating the same formula as before.

Missing are the charm of the original films. Despite them being about violence and killing teens, they always had humorous elements and a lightheartedness that worked really well in contrast to the gore and horror. This remake takes itself too seriously and misses out on the fact that Friday the 13th movies are supposed to be campy (pun intended) and fun. There is nothing in this film to make you chuckle and nothing about it is fun.

While the summer camp exists, the majority of the film sees our teens in some spacious luxurious lake house. Even though the walls are wood, it immediately doesn’t feel like the atmosphere of all the other Friday the 13th pictures. The lake doesn’t look similar enough and it just completely ruins the tone of the film.

And speaking of the tone, the film is incredibly dark most of the time. Even in the old movies, when Jason was killing kids in the woods at night, you could see fairly clearly what was happening because those scenes were lit properly.

In regards to the killings, some are graphic and show a proper level of Friday the 13th gore and some are really obscured or harmed by editing.

On a positive note, I thought Jared Padalecki and Danielle Panabaker were pretty good as the main heroes. Also, it was cool seeing Ginsberg from Mad Men show up in this. I also have to give props to Derek Mears, who played a good Jason Voorhees.

This isn’t a bad film, it just isn’t good either. As a fan of Friday the 13th, it is kind of a dud. I guess that’s why it didn’t spawn any sequels and the studio is back at the drawing board, still eight years later, trying to figure out what the next best move is for this historically lucrative property.