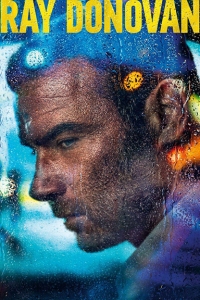 Lots of people talked this show up for years like it was the second coming of The Sopranos. I wanted to wait for it to end, as I typically binge things in their entirety. With this show, that was probably the best way to view it, as so many things happen with so many characters, that it would’ve been hard remembering all the details over seven years.

I wouldn’t say that this is anywhere near as good as The Sopranos and I also don’t have as high of an opinion of that show as most people do. Granted, I did still like it quite a bit when it was current.

Ray Donovan follows Ray Donovan, a badass uber masculine guy that works as a Hollywood fixer. However, his entire family is complex and interesting and this isn’t so much about Ray being a fixer, as it is about his family’s criminal behavior and their turbulent personal lives.

The show does a remarkable job of pushing its characters to the point of you hating them but then finds a way to make you realize you love them. It’s a show that actually has a lot of mini redemption arcs but it also shows, within that, that people tend to surrender to their nature even if they want to work on themselves.

Ray is one of the most complex characters I’ve ever seen on television but that can also be said about several other core characters, here

I think in the end, my favorite character ended up being Eddie Marsan’s Terry, the eldest Donovan brother, as he was always trying to do the right thing by his family, even if they often times found themselves doing really shitty things.

I also liked Bunchy a lot but by the end, his constant bad luck and terrible decisions became exhausting.

The first five seasons are really solid, even if the fourth was a bit weak. The show kind of lost me in season six, where it moved from Los Angeles to New York City and didn’t feel like it had much of a point. Plus, there are things that happened in season six that made the show jump the shark for me.

The only thing that really saved the last two seasons was how damn good Sandy Martin was once she entered the show.

Overall, I enjoyed watching this and if anything, it showcased incredible performances by stellar actors playing really fucked up but endearing characters.

Sure, maybe I’m late in reviewing it because it is now over and it has been on television since the summer of 2007. I also didn’t have this blog back then and I like to wait and review television shows after they have had time to establish themselves.

Chances are, most of you reading this have already seen the show and formed your own opinions. Most of you probably loved it or at the very least, liked it. Sure, there is the minority that didn’t and that is fine. Regardless, it is what this show brought that makes it so iconic and important.

As viewers, we were thrown back into the 1960s. The time and the style of the show ignited nostalgia in a lot of folks and thus, had them engaged from the first scene: Don Draper sitting in a bar trying to solve the dilemma of marketing Lucky Strikes cigarettes.

The strongest element of the show was not its style however, it was its substance. With that opening scene, you knew that you were in the past, where things were quite different. A time where minorities and women were treated generally, pretty poorly. Also a time where cigarettes could be marketed and people were a lot less concerned about the health risks of smoking, drinking and sexually transmitted diseases. As the show traversed its way through the 1960s and into 1970 – in the final season, our characters were faced with a multitude of issues and many of them had to deal with the consequences.

There isn’t anything in this show that hasn’t been dealt with our addressed in entertainment before but what this show did, was take all of these issues and put them in one place. Mad Men was a brilliantly executed smorgasbord of the social, economic, political, health and safety issues of the time. It also doesn’t hurt that the show was just always stunning to look at and perfectly acted.

Whether it was the set designers, the creative directors or the wardrobe people on set, it all became a happy and perfect marriage and gave us something special and unique. It has also paved the way for other shows on non-premium cable television to take more risks and not be fearful of being too edgy.

Without Mad Men, AMC wouldn’t have become a television powerhouse. For those that forget, AMC used to just show old black and white movies and that was it. Mad Men opened a door at the network that led to shows like Breaking Bad, Better Call Saul, The Walking Dead, Hell On Wheels, Halt and Catch Fire, TURИ: Washington’s Spies, The Killing and the soon to debut Preacher, Fear the Walking Dead, Humans and Into the Badlands. Mad Men also inspired a resurgence of period dramas on other networks – some successful and some, not so much.

With the last episode now having aired, I can say that Mad Men lived up to its continued hype and never disappointed. It was quality from day one and maintained its superior level of television storytelling all the way up to the very end. And ultimately, it had the balls to take everything it told you from the beginning and flip it on its head at the end.

The show had a unique ability to reinvent itself and its characters without the viewer realizing it in the moment. That being said, the characters on Mad Men could very well be the most human characters in television history.

Being both a fan of film-noir and several video games put out by Rockstar over the years, L.A. Noire should be a pretty awesome experience for me. It was a mixed bag but the game falls mostly on the positive side.

It benefits from the fact that it stars an actor from Mad Men, one of my favorite shows of the last decade or so and it even has cameos by other Mad Men actors. A few familiar faces will pop up throughout the game. There are no major stars but you do see certain characters played by actors you’ll recognize from various things. I had a lot of, “Oh, wait! That’s that guy from that thing!” moments.

L.A. Noire follows the same sort of gaming style as Grand Theft Auto or Red Dead Redemption. However, being that it forces you to be a cop that performs “by the book”, it makes the game more limited than those other games from Rockstar. You don’t have the freedom to make moral choices and thus, the free roam aspect of the game isn’t a true free for all. I wish you had the ability to walk a different path but the game’s story and the purpose it serves is still entertaining and worth your time.

You mostly play as Cole Phelps, who is played by Aaron Staton. You are an ex-Marine from World War II with a past that comes back to have a major effect on the overall story. Within the main timeline of the game, Phelps starts out as a patrol cop and moves into being a detective, moving around into different branches based off of how he is promoted or demoted. However, these promotions and demotions aren’t really based off of anything you can control.

The graphics are solid, the motion capture is absolutely top notch and this game utilized it in ways that no other game had before it. It is certainly innovative and impressive and the motion capture work is what makes this game come alive and what provides the unique experience of interviewing characters and making decisions based off of how they physically react to your questions and evidence.

L.A. Noire has been out for a while now and I hope it becomes a franchise in the same vein as GTA and Red Read. I guess time will tell but quite some time has already passed.