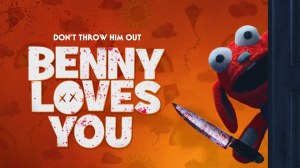 I didn’t go into this expecting it to be a masterpiece but I did expect it to be a film full of mindless, fun escapism that might have been cool and actually funny.

While it was mindless, it was incredibly mindless and I had to constantly suspend disbelief at an unbelievable level, as the characters are all extremely stupid and vapid.

I don’t mind dumb movies but they’ve got to have something endearing about them. They need heart and a sincere effort into making the movie. The people behind it don’t have to be technically skilled but they’ve really got to put their heart in it in a way that shines through. Frankly, I didn’t get that from this movie. What I got felt like the opposite.

The film’s star is also its director and writer and maybe he stretched himself too thin. He definitely needed someone else to come in and help him rework the script in a way that was actually logical.

I don’t think this guy actually understands people and how they interact. Maybe that’s just who he is and maybe that’s why this movie didn’t have heart and thus, couldn’t be appreciated just on the effort that went into it.

By the end, I was just pulling for Benny to win out and kill all these morons. I was disappointed in that regard too.