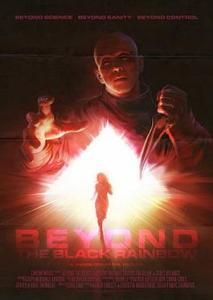 “[while holding baby Elena and before submerging her into the black goo] Your mother’s reabsorption into the cycle of life won’t be for nothing, my darling, Elena. You will be the dawning of a new era for the human race… and the human soul. Let the new age of enlightenment begin!” – Mercurio Arboria

I really dug Panos Cosmatos’ Mandy, a film that sort of came out of nowhere a few years ago that in some ways, boosted and reignited Nicolas Cage’s acting career. I don’t think that it was long-lasting but his role in Mandy proved that the dude can still bring it and excel when given the right part in a movie.

Cosmatos only has one other film and, at this point, it’s already over a decade old. It’s been in my queue since I saw Mandy, however, so I felt like checking it out was long overdue.

Now having seen this, it’s a picture that I’m really split on.

From the visual side of things, it’s pretty close to a masterpiece. From a storytelling point-of-view, it’s pretty sloppy, slow, pointless and boring.

Visuals can salvage a film for me, sometimes. The thing is, there has to be enough meat on the other side of the coin for me to give an extremely artistic picture a pass on its weaker points. This one just doesn’t have enough to make me care about what’s actually going on in the movie.

This has a lot of really cool, bizarre shit thrown in but I don’t want to watch a movie just to see a surrealist painting in motion, I want to connect to it on a visceral level that requires me to care about what I’m watching and the characters within it.

This is one of those films that introduces cool but underdeveloped concepts and ideas but then never really tries to make it make sense. Sure, you can draw allusions based off of bits of dialogue and clues but when the filmmaker wants you to do all the work and see it in your own way, which I assume is the case here, I find that lazy and it makes me think that there was never a clear vision to begin with.

The entire film plays like a dream. You see and experience wild and cool shit but when you get through it and try to piece it together, it’s just a big blob of cool visual shit and a rollercoaster of mixed and underdeveloped emotions. You just think, “Well, I don’t know what the fuck that was about but it was kind of cool in certain parts.”

All that being said, I can’t knock the acting. It’s pretty good even if every character gives a severely understated performance.

Also, the music and sound were really neat and interesting. It added to the surreal effect of the picture quite well.

In the end, I didn’t just find this underwhelming, I also found it to be disappointing. However, I’d still check out whatever Cosmatos comes up with in the future.

Rating: 5/10
Pairs well with: Panos Cosmatos’ Mandy, as well as other modern overly surreal movies like Under the Skin and Enter the Void.