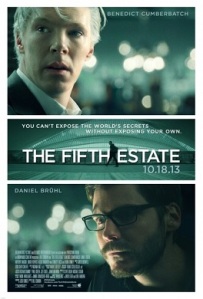 “Man is least himself when he talks with his own person. But if you give him a mask, he will tell you the truth. Two people, and a secret: the beginning of all conspiracies. More people, and, more secrets. But if we could find one moral man, one whistle-blower. Someone willing to expose those secrets, that man can topple the most powerful and most repressive of regimes.” – Julian Assange

Wow! This movie was an utter disappointment and honestly, a fucking disaster!

I should be clear from the get go that the performances were good and the shitty end result of this picture didn’t really fall on the shoulders of the actors. Hell, this film actually has a tremendous cast and that’s why I finally decided to give it a watch despite all the bad things I’ve heard about it since it came out.

I haven’t read the books that were used to write this film’s script but I know enough of the WikiLeaks story to know that this was a lot of bullshit. Also, I’m not sure how you can take such an exciting story and turn it into something this fucking dull! I mean, it’s got to take a real cement brained dullard to make the WikiLeaks and Assange story this damn boring!

Yes, I expected it not to be up to snuff but I at least expected the cast to kind of make up for the film’s technical and narrative shortcomings. Again, the cast is good but everything else is so bad that it barely even matters that they’re there.

In fact, I have to give this film a low score and the final tally is still going to be well below average, even though I gave it two bonus points for the actors.

This was a long, sloppy, boring film. It didn’t look that great and visually came across as really pedestrian. There weren’t any shots that stand out in my mind, as everything seemed to be shot like a television show that was on a tight schedule.

I don’t know how you can make a completely uninspiring movie out of a very inspiring person. But kudos, I guess.

Rating: 4/10
Pairs well with: other films and documentaries about cypherpunk culture and whistleblowers.