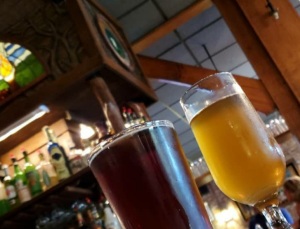 I already did a previous version of this but after covering thirty beers, it dawned on me… there are even more shitty popular beers in heavy circulation out there!

You see, I’m a beer snob. I’m fine with that, as I can’t stomach the mass produced swill that many seem to also not enjoy, other than getting a buzz while watching their pigskin team on Sundays.

Every time I go to a party or a bar that is in the midst of pigskin game watching, I am usually offered up one of these choices. When in Rome, drink swill.. or something like that.

Anyway, I figured that since I am in advertising and marketing, I could use that skill in an effort to come up with new taglines for these really popular brews. Some aren’t even beers but they’re marketed as alternatives for those sissies out there.

So here we go! Thirty MORE!