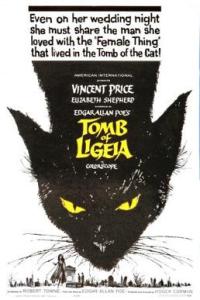 “Christopher, not ten minutes ago I… I tried to kill a stray cat with a cabbage, and all but made love to the Lady Rowena. I succeeded is squashing the cabbage and badly frightening the lady. If only I could lay open my own brain as easily as I did that vegetable, what rot would be freed from its grey leaves?” – Verden Fell

While this is my least favorite of the Roger Corman and Vincent Price adaptations of Edgar Allan Poe’s work, it is still a movie that I quite enjoy, as Price is as good as always and this had some great sets and location shooting.

It feels like it is the driest and the slowest of the Poe adaptations but I wouldn’t call it boring, as the plot is pretty interesting and not as predictable as you might think, at first.

This also features one of my favorite Price performances. After having done a half dozen or so movies with Corman and in this style, he really hits it out of the park. He’s really likable and tragic and while that fits most of his characters from the Poe adaptations, there is just another layer to it here. He just feels so human and strangely relatable. Granted, I also lost the love of my life at a point and I guess it may speak to me in a way it might not to those who haven’t experienced that sort of loss.

Overall, this feels like a really refined version of the Price-Corman-Poe formula. My only issue is that it feels slower and that it’s too formulaic. Despite Price’s stellar performance, this does feel as if the creatives are sort of just running through the motions.

Still, it deserves its place alongside the other films in this series of pictures.