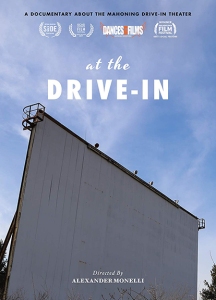 For film lovers, this is a pretty heartwarming documentary.

The story here is about an old school drive-in theater that didn’t have the money to move into the digital age that Hollywood film studios have forced theaters into. So they became a drive-in that focuses on old films.

But the story goes deeper than that, as it really focuses on the love for film that all the people around this unique theater share.

It shows you a community coming together to keep the drive-in running, as its employees work for free, volunteering their time to turn this place into something special when almost all the other drive-ins in America have shut down over the years.

While this is a film about the love of movies, it’s really a human story and about people’s love for the things that make them feel whole. Without the drive-in, these people would lose something dear to them and their community.

And frankly, I’m all for keeping old movies relevant and for having as many means to showcase them as possible. Especially, in a day and age where Hollywood has lost its way and the art of filmmaking has greatly been diminished by the art of making dollars.

It’s just really great to see passionate people put their lives and their own self-interest on hold in order to hold onto something that could easily slip away.

Rating: 6.75/10
Pairs well with: Going Attractions and Out of Print.