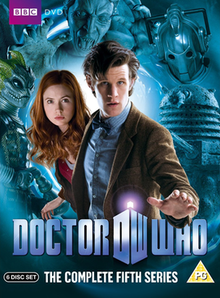 When the era of the Tenth Doctor came to an end, it was a hard day. But then Matt Smith came on board as the Eleventh Doctor and right out the gate, even if I didn’t love him as much as David Tennant, he was, in many ways, an incredible Doctor.

I think the thing that makes this era of Doctor Who so damn good, is that the show had new blood calling the shots behind the scenes. Russell T. Davies moved on, the reigns were given to Steven Moffat and he did a great job in the first few seasons as show runner. Granted, his era went on for too long and it was pretty lackluster by the end but in the first two seasons of the Matt Smith era, almost every episode seemed to hit the right chords.

Additionally, this era had my favorite Doctor/companion relationship with Matt Smith’s Doctor and Karen Gillan and Arthur Darvill as the Ponds, Amy and Rory. Also, add in the great performances by Alex Kingston and this group of friends had the best ensemble chemistry out of any Doctor/companion/ensemble lineup in history. And really, it is absolutely the strength of that ensemble that makes this era so f’n spectacular.

Now once the Ponds leave the show and Jenna Coleman comes in as Clara, things sort of fall apart. Coleman was actually fun, in the beginning, and I liked her storyline up until Smith left Doctor Who behind. However, the second half of Smith’s final season, which focused on the Doctor and Clara instead of the Doctor and the Ponds, felt like a dark time in the show. I wasn’t sure why, at the time, but the tone was changing, leading up to Peter Capaldi’s run as the Twelfth Doctor and the era where the show really fell apart for me. In fact, it never really recovered after the exit of the Ponds, except for a handful of Kingston episodes after that.

Had the Eleventh Doctor’s run not have been so dark and almost depressing in the last eight or so episodes, it could have equaled and maybe surpassed Tennant’s run, overall.