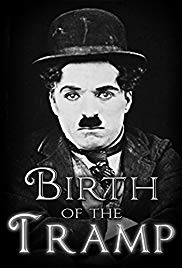 There are a ton of documentaries on Charlie Chaplin. They are literally a dime a dozen and I don’t think I’ve ever seen a bad one but a lot of the information has been recycled a dozen times over. I’ve yet to see one that is exceptional, however.

That being said, this isn’t an exceptional one either but it is still a quick, entertaining watch and it pretty much just gets into his background and early career up to the point where he was about 30 years-old.

The focus of this was about how Chaplin evolved into his famous Tramp character. I like that this was character focused more so than on his general life or general filmmaking. It does cover those things but it’s more focused on the iconic Tramp persona.

This had good interviews and was well edited. The narrative flows nicely but I wish that this was actually fleshed out more. It just seemed a bit rushed for just a 52 minute piece.

Still, if you are a fan of Chaplin or the silent era of filmmaking, this is worth checking out. Also, it’s streaming for free for Prime members on Amazon Video.

Rating: 7/10
Pairs well with: any of the various other documentaries on Charlie Chaplin, as well as his original films and the biopic Chaplin with Robert Downey Jr. as Chaplin.